The right title for a painting can be as much a part of the creative process as the actual painting. Of course the painting has to be successful and meaningful visually, but a good title can enlarge the context, frame the meaning, or add a playful note to experiencing the artwork. When I started the group of watercolors “Migration Series,” I was influenced by new images of space coming from the Hubble Telescope. Many of the early titles came from observed scientific phenomena. As the series developed, I started to take liberties. If scientists could name nebulas, why not me? These two watercolors reflect both the serious and impish sides of imagination. 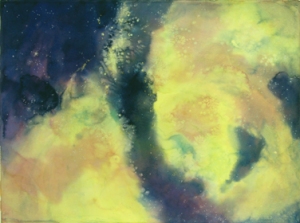 TM8075 Migration Series - On the Way to Who Knows Where 22x30 watercolor, iridescent watercolor, ink, and pencil 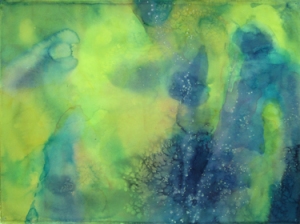 One thought on “On the Way to Who Knows Where”