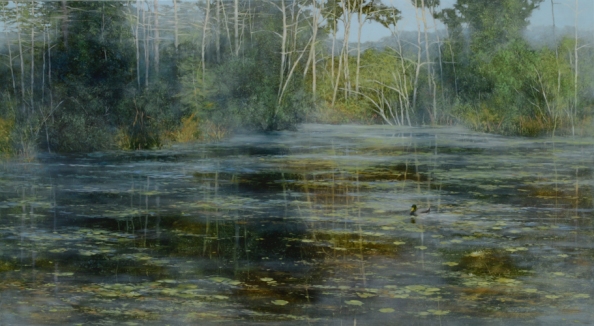 This painting, titled Slipping into Summer, was simmering on a back burner for several months before I worked up the courage to just do it. Painting can be like that – you have an idea, but you’re not sure how to start. So you think about it and wait and wait and wait. One day it hits you – no painting was ever finished until the first stroke was applied to the whitely primed surface. So you make that first stroke and hope that everything you’ve ever learned will find its way into the making of this particular painting. Usually, it works. The painting evolves into something that is at least inspired by the original idea. In this case, the original fall scene morphed into early summer, all because there was a gorgeous fog and unseasonable temperatures one morning as I was heading to the studio. It felt so much like spring, I decided to spend the whole day sustaining that feeling. The palette shifted, but the forms remained. I also brought George, my favorite duck, back into the picture.  He, too, should be able to enjoy such a lovely morning, as should you. Details below. 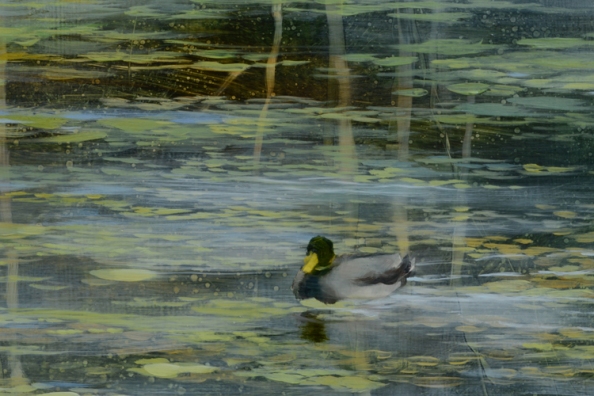 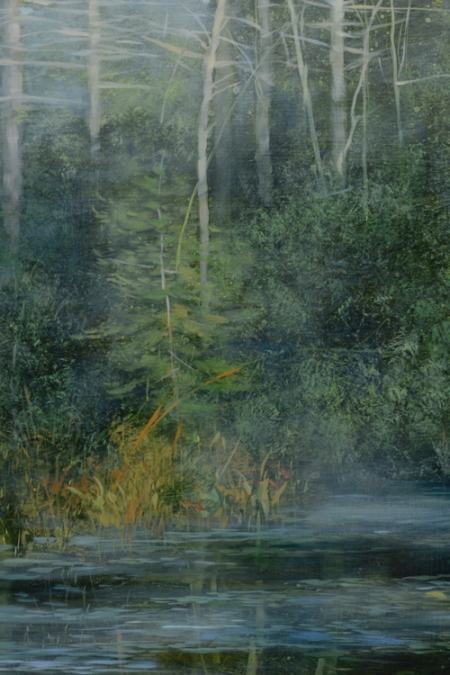 Technical painting notes: The painting began with my usual monoprint techniques – rolling on the paint, “disturbing” it with plastic and solvents, re-rolling the surface, scraping in trees, etc. In this particular painting, with its abundant foliage along the far bank, I did a lot of dabbing with wrinkled plastic bags, layering on colors between glazes and layers of thinly applied “mist” to suggest tree shapes and leaves without being too specific.

2 thoughts on “Slipping into Summer”