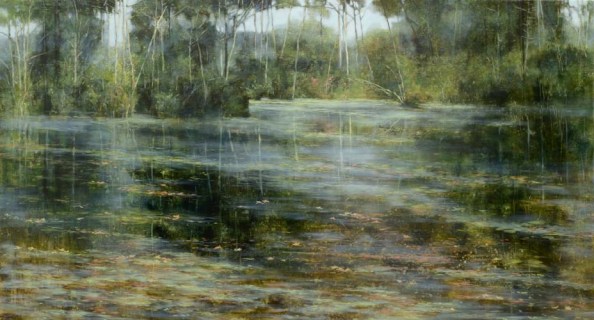 The inspiration remains the same, but often the painting keeps changing. I thought Late Summer at the Pond was finished several months ago, but when I took it off the wall to give it its last finish coat, I suddenly realized there was a lot more to be done. The painting’s composition was strong, but the values seemed too dark, and I thought I could bring more space and that feeling of ahhhhh…… into the experience.

So what happened?  I lightened the sky, grayed down and lightened the distant trees (pushing them back in space), Lightened the duckweed and added more of it, especially against the far bank and in the close foreground. I also heightened the value of the sky reflections, especially in the center, carrying them further out into the painting. Tucking some purple loosestrife into the waterside vegetation helped to balance all the green and stress that we are coming into late summer. Overall, the mood is lighter and the feeling of deeper space invites you in (bring a kayak along with your imagination). Details from the new and final version are below. Once the painting  is dry, you will be able to see it at Arden Gallery during my August 2015 show.

TM8505 Late Summer at the Pond – detail from left side

TM8509 Late Summer at the Pond – detail from center right 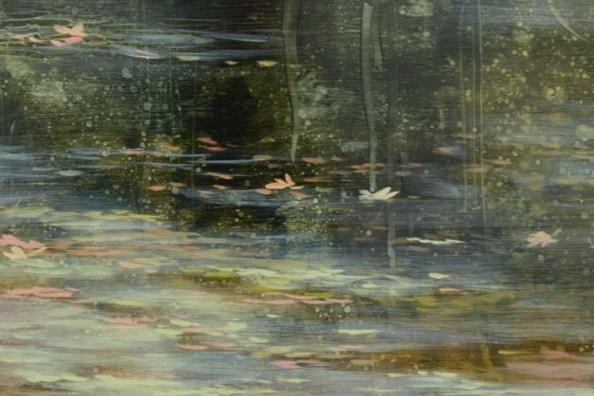 TM8509 Late Summer at the Pond – detail from foreground shallows