There’s a spot near the tip of Campobello Island in New Brunswick, Canada that I have visited regularly for a decade. It’s a remnant of mountain, buried up to its neck in the stony debris that has eroded from it over the millennia. I make the trek because it feels like a sacred place. The sharply faceted and eroded ledge separates two long stretches of shingle. It is possible to stand at the tip and look out on (what could be) a prehistoric world. There are seldom signs of humanity. I know that native people once fished near here. My own family history, as handed down by my grandmother, leads me to believe those fishermen might be among my long-lost ancestors. In the solitude at this spot, I can almost imagine them. Detail below. 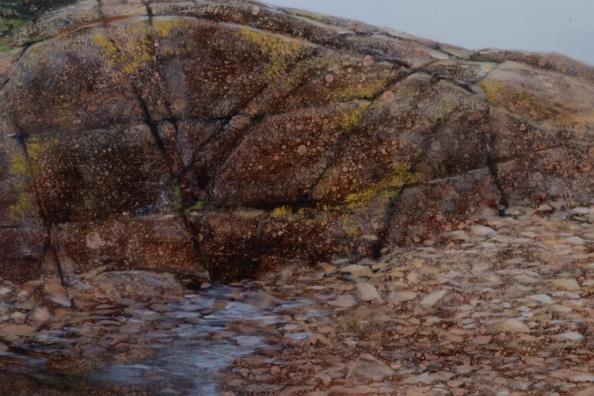 One thought on “Getting to the Point”