I think it was prophetic, naming this painting Anticipating Spring Again. When I started it in 2018, the title referred to a series of annual woodcuts I used to do, titled Anticipating Spring. It was my way of saluting the end of winter and looking forward to the gentle season of spring each year. Little did I know that this painting would itself become a series. I no longer have a picture of the first version. It was reworked a year later to become the second version. A year can make a huge difference in how one sees a painting, and I realized I could push the painting further. Recently, the second version came back from a gallery, and as I considered it anew, I realized that once again I would have to go back into the painting. I’ve learned so much since last year. Experience told me that I could increase the depth and extend both the the nuances and boldness of the color. Details from the newest version are below (along with the second version). 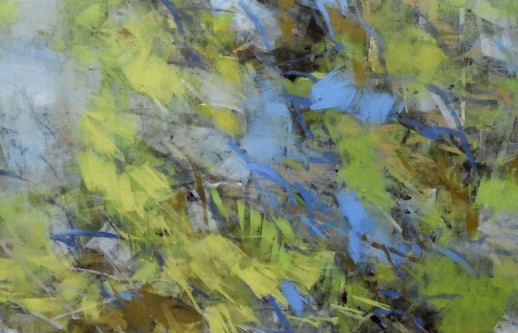 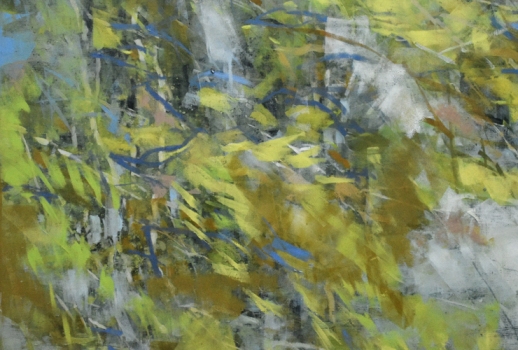 And the second version of this painting, sitting under the present version… 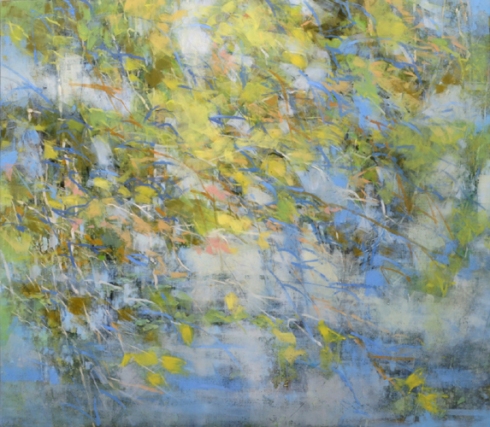